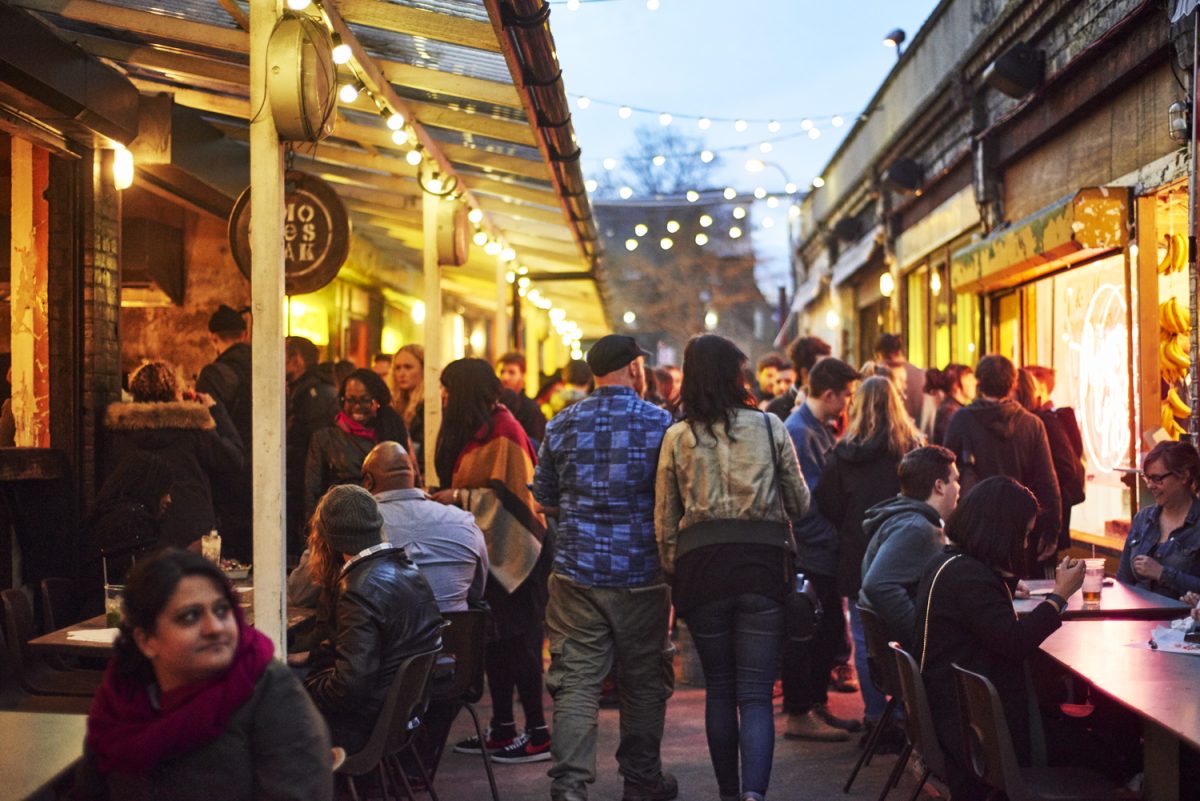 Although it opened only four years ago, this indoor-outdoor streetfood night market from Street Feast instantly became one of our favourites ever in the capital.

Model Market is now returning to Lewisham this weekend (27th April) for grub, booze and lashings of SE13 vibes.

It’s opening every Friday and Saturday night for the remainder of the summer, with nine micro-diners and four bars.

This year’s traders include Frankie Goes to Bollywood (connoisseurs of British-Indian fare), What The Fattoush (vegan grub), sourdough hot-shots Sodo and slider-specialists Pocho. Plus Lewisham locals Mama’s Jerk and SE Cakery. There are StreetFeast favourites too like Up In My Grill, Mother Clucker and Yum Bun.

Thirsty now? Try cocktails at the Rum Shack, craft beer at Can Hatch, grab a glass of red at Street Vin or catch the last of the evening’s rays up on the Lewisham Highline. Niiice.

This is box title
Model Market opens Fri 27th April, 196 Lewisham High Street SE13 6LS. Entry is FREE before 7pm and £3 after. Doors open every Friday and Saturday from 5pm till 1am.