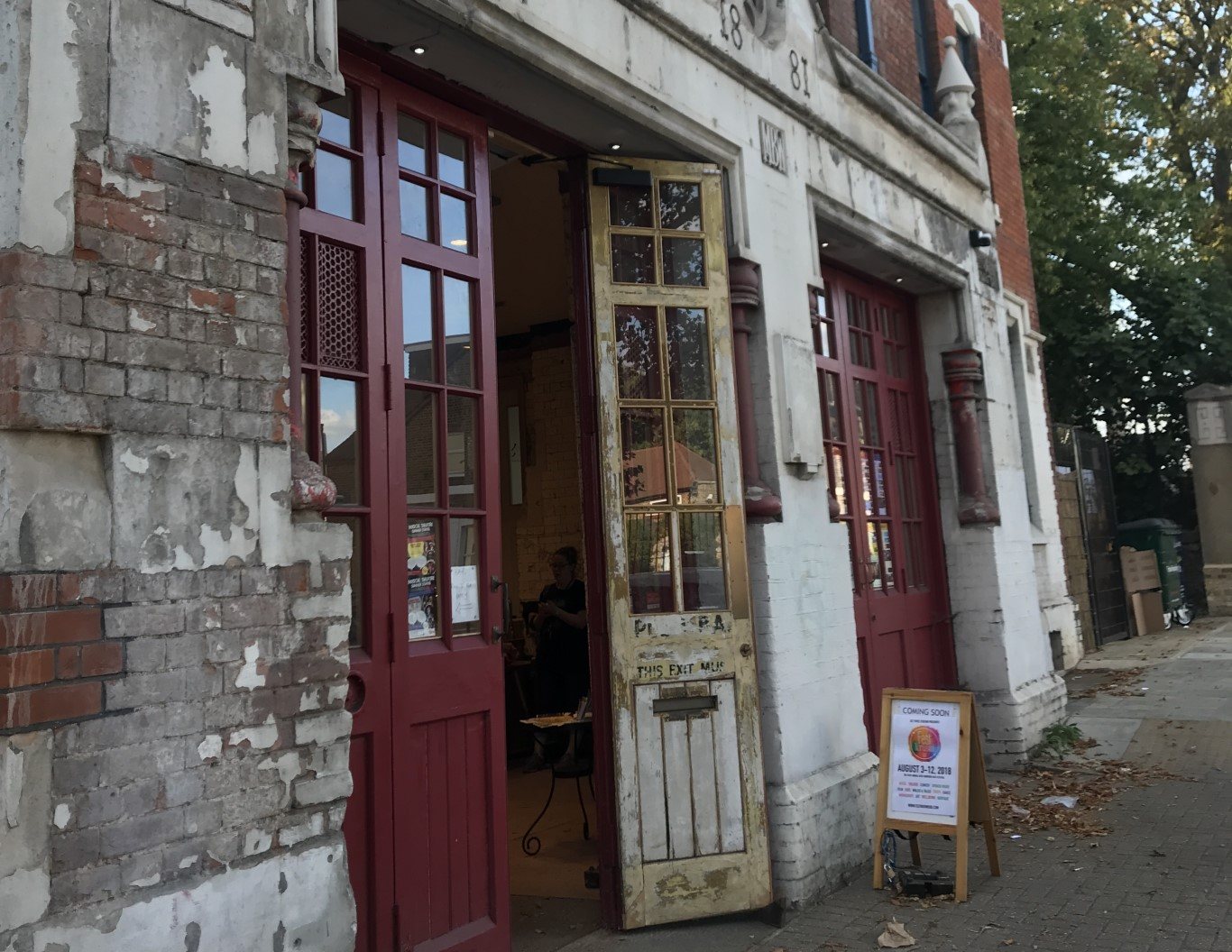 Seconds from one of London’s bucolic ‘big seven’ cemeteries, this atmospheric restored pile is at the heart of the inaugural Fest Norwood, which runs till Sunday.

It was last year that the red-brick South London Theatre announced they’d bring an arts festival to SE27 on returning to their old fire station home. And so they have: in fact, we’re now nearing the end of this ten-day celebration of theatre, music, food, poetry and comedy.

On Wednesday night we caught a packed, sweltering performance of debut playwright Christopher Bryant’s In The Life, a thrilling and pacy retelling of the history of Polari, the British gay ‘cant’ slang that reached its height of popularity in the 1950s and 1960s. From some fine impersonations to bawdy (natch) humour, and cabaret ditties performed by Champagne Charlie, the sell-out crowd whooped and shrieked all the way through, right up to the sweaty standing ovation at the end. But hang on, what’s the yarn behind the building itself? Completed in 1881 (the date is displayed above the entrance), it’s what you might call Gothic revival realness – with its austere, rather institutional facade and ceiling height bi-fold doors. Originally built for horse-drawn fire engines, when new motorised vehicles came in they proved too big to be stored – and its fire-fighting usefulness was cut short.

It then got co-opted by the local church before becoming an illegal boxing venue. The theatre itself was founded in 1967, and now produces around 15 shows a year, ranging from Shakespeare and historical plays, to modern comedies and new writing.

Speaking of which, how about some festie highlights still to come this weekend? You could do worse, say, than catch the batch of Fest Norwood film shorts (tonight, Friday 10th Aug), or the musical-theatre hits of Broadway Baby (Sat 11th), or even the Closing Night Party on Sunday evening. And there are over a dozen more daytime events across the postcode, from baby discos to singalongs and an exhibition by talented local artist Martin Grover, who we featured on the cover of our sister title Kentishtowner last year.

Finally, if you do attend the theatre over the next few days, don’t forget a pre- or post-show bevvy in the industrial-style downstairs venue. It’s no cooler, alas – although an air-conditioning vent was doing its damnedest – but still charming and, on our visit, decent live acts serenaded the crowd until kick-out time.

As for the bar itself? It’s sweetly manned by folk trying to get to grips with a couple of explosively frothy taps. Even the beer, it would seem, is over-excited to be here. Fantabulosa, indeed.

This is box title
Fest Norwood continues all weekend at South London Theatre and environs until Sunday 12th August. For a detailed schedule and for ticket info see here