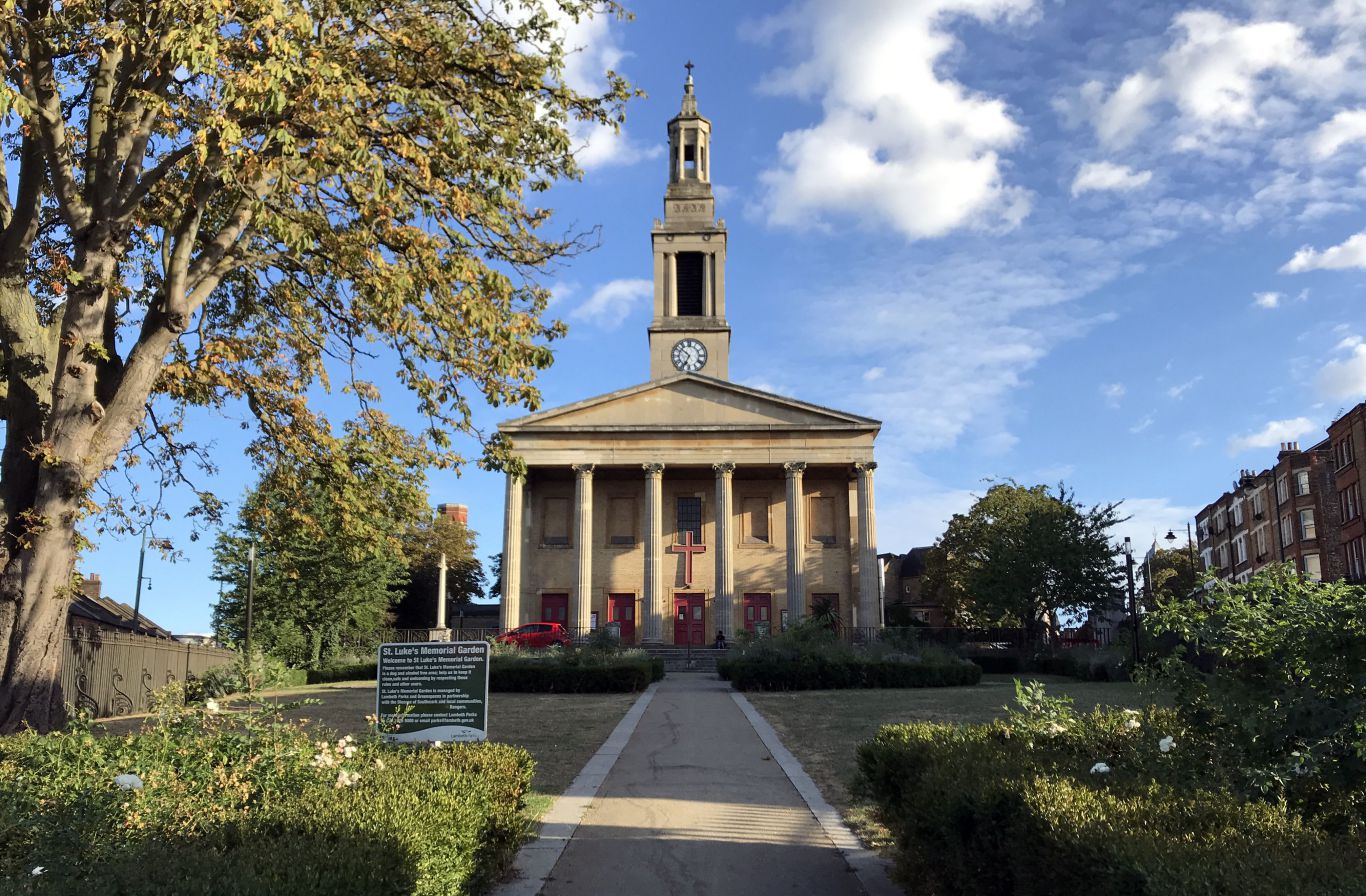 Where exactly? In not so deepest south-east London, between Tulse Hill and Crystal Palace – if that helps. Nearest (but not that near) tube stations are Brixton and Balham. And of course, West Norwood Overground station itself is right in the heart of it all, which whisks you to Victoria in 22 mins.

What goes on there? Let’s start with the bucolic and underrated West Norwood Cemetery, one of the first of its kind in London. Along with north London behemoths Abney Park and Highgate, not to mention the awesome and nearish Nunhead, it’s one of the “Magnificent Seven”, with catacombs, cremation plots and a columbarium for cinerary ashes.

Once you’ve prowled around its 40 acres, nearby is the Graecian elegance of St Luke’s Church, which reflects the evening sun a treat. It’s one of four designed by architect Francis Octavius Bedford in neoclassical style way back in the 1820s; the lower part is now a pleasant garden and one of the venues used for the popular West Norwood Feast on the first Sunday of the month, which sees thousands of locals crowd a hundred foodie (and more) stalls across five locations.

What else? Seconds from the cemetery, atmospheric restored pile the South London Theatre has recently programmed the inaugural Fest Norwood, an eclectic, engaging arts festival (read our review here). The building itself was completed in 1881 (the date is displayed above the entrance), all Gothic revivalness, with austere, institutional facade and ceiling height bi-fold doors.

Originally built for horse-drawn fire engines, when new motorised vehicles came in they proved too big to be stored – and thus its fire-fighting usefulness was cut short. After becoming an illegal boxing venue, the theatre itself was founded in 1967, and it now produces around 15 shows a year, ranging from Shakespeare and historical plays, to modern comedies and new writing. Don’t forget a pre- or post-show bevvy in the stylish industrial-style downstairs bar.

I’m hungry now. Where should I eat? Knight’s Hill is the most villagey part of West Norwood – although we actually stumbled, in mid-August, trying to find a decent spot for an early pre-theatre dinner. Otter Trading is appealing with its grocery store-cum-café vibes, gift shop and veg-focused menu, although it was closed for a staff do when we passed.

Nearby is pizzeria The Garden, also closed on our visit but now open again with “more regular hours”, it promises. And Mediterranean-style Pintadera café is well worth trying for a daily pasta special or vegan salad, although it’s only open during the day till 5pm. Downhill is the reliable small south London chain Bluebird Bakery, while further up the high street towards Tulse Hill is an appealing old-school licensed café, Iberico for tapas in old-school surrounds.

A dinner spot? We ate at gastropub the Great North Wood, a corner building overlooking the station with attractive circular bar dominating the wood-panelled small room; a garden is accessed down some steps.

Mains are standard-issue pub items like flat iron steak, fish and chips or roast salmon; our vegetarian halloumi salad (£10.50) was a misfire, however, being basically a bag of leaves, some cherry tomatoes and – most sinfully – the salty, rubbery cheese not griddled but cut, uncooked, into cubes. But the pub itself makes a lovely, lofty spot for a pint of local (Brockwell Park) Canopy pale ale.

Oh yes, how about a pub crawl then? The area staggers with decent boozers. The ancient Horns Tavern is directly opposite the station and as a landmark predates almost everything in the postcode, being a popular watering hole in the forest for both parched traveller and horse back in the day.

Elsewhere try Young’s pub The Hope, down near the theatre, or, worth a ten-minute stroll is Knowles of Norwood, a community, arty hangout from seasoned collective Antic Pubs. It’s in a former hardware store with the usual top quality food and drink offerings that the south London mini chain is known for.

What else can I do? Buy a paperback or some vinyl (while drinking a craft beer). The Book And Record Bar (20 Norwood High Street) was our favourite find in SE27: good-condition attractive orange and bottle-green Penguins are grouped in colours on shelves, complete with hardbacks and sci-fi , while vinyl is clustered into new releases and classics across the store.

Not leaving any box unticked, there’s also local Volcano coffee and craft beer on offer, plus an attractive courtyard garden too. It hosts a heavyweight schedule of events, from BYO vinyl to soul nights – and even the likes of the mighty Orb DJing. Heck, there’s even a live radio show, the West Norwood Broadcasting Company.

Have we missed your favourite SE27 spot? Tell us below.