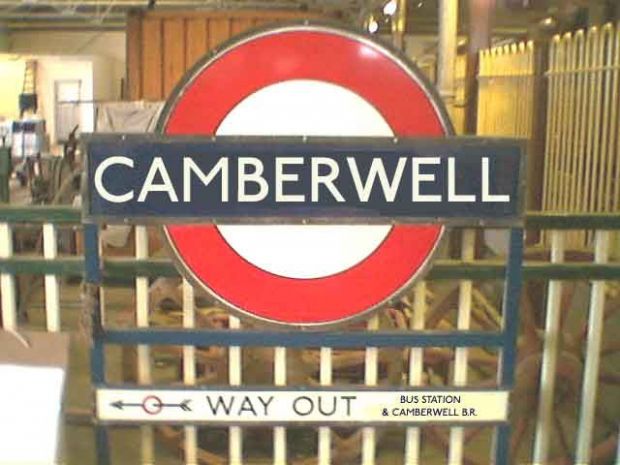 You might not recognise Vic Lee’s face, but we’re pretty sure you’ll know his illustrations.

Vic’s bold, graphic depictions of different parts of London are hugely popular, so we caught up with the “former postman, graphic designer, vacuum cleaner salesman and cruise ship worker” for the story behind them.

And you can see the drawings (and Vic) in the flesh this weekend if you’re in Brixton, as he’ll be selling his wares at the Crafty Fox Market on Saturday in Dogstar.

Are you a south Londoner? I am now. I’ve been here for around 16 years – I’m in Peckham now, but I’ve also lived in Brockley, East Dulwich and Nunhead.

When did you begin drawing London? I used to be a graphic designer and after a particularly stressful year, I was out on Lordship Lane having a coffee at Green & Blue – and decided to draw Lordship Lane, as it’s so popular with the locals. It was just a way of getting back into illustration – but I printed up 200, advertised on the East Dulwich Forum and within a fortnight they’d all gone!

Your ‘SOUTH’ print [part of a series of four, each covering a side of the city – see it at the top of this page]: what does it all mean? Well, the “S” represents the Thames and the background is the Kent countyside – the Pride of Britain – and so you also have the George Cross and the heraldic animals. When I used to try to get a cab home from central London, no cabbies would take me unless they were on their way home. They all live down here and beyond – so the Sherbert Dabs you can see on the T  is for them,  as in rhyming slang for cabs. The “luv” is because that’s what everyone down here calls each other, and the H is covered in greenery because we have so much of it in south London.

There are also some paper doilies: I like to imagine everyone in south London has these on their furniture. Why? Ha. Well because in my years living here, I’ve realised no one leaves south London. Most of my neighbours have been there forty or fifty years, and you just don’t get that in most other parts of London – apart from maybe east. So the doilies are a warm mickey take about everyone’s mums and grandmas still living locally.

Where do you still want to draw? The beautiful buildings along the Thames  [see Vic’s Tate Modern, left]; a long piece of work covering both sides. The river is London’s heart, after all.

Next: Free cinema in Camberwell